The Hepworth Wakefield opened in May 2011 in the city where Hepworth was born. The Hepworth is a new museum containing the gift of a unique collection of over forty working models in plaster and aluminium from the Hepworth Estate, alongside the existing collection of Wakefield Art Gallery which includes a particularly strong group of works by twentieth century British artists.
The gallery was designed by David Chipperfield Architects. It is sited on the headland of the River Calder at the southern gateway to the city, visible from all directions and with water on two sides. The gallery is formed from a cluster of trapezoidal blocks of different sizes. These form the rooms of the building. All the galleries are on the upper level, with natural lighting.
It had over 500,000 visitors in its first year of opening and celebrated its millionth visitor at the end of 2013.
The Hepworth Wakefield was Art Fund Museum of the Year 2017. It was described as 'a powerful force of energy from the moment it opened in 2011' by the chair of the jury, Stephen Deuchar. In 2016 the gallery founded The Hepworth Prize for Sculpture. The prize was awarded to Helen Marten in 2016 and to Cerith Wyn Evans in 2018. 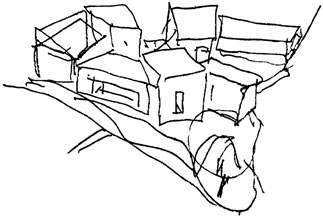 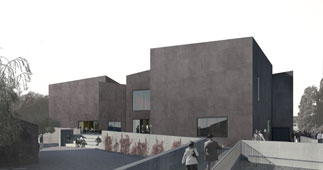